Skip to content
You are here
Home > Tech News > What makes Total War: Three Kingdoms an exciting RTS game for 2019? Find out here 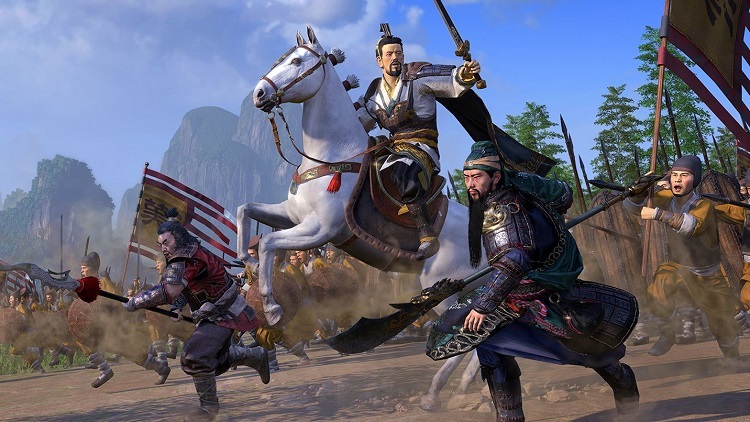 The Total War: Three Kingdoms is set in ancient China during the turbulent Three Kingdoms period that was considered as the bloodiest period of the entire nation. It is a fitting continuation of Creative Assembly’s highly successful Total War: Warhammer franchises which took over the RTS world by storm last year and continues to release more exciting DLC’s as we speak.

Creative Assembly which was highly-criticized of its dismal development of the Total War: Rome 2 for releasing it with full of bugs and glitches have been making their best to create a more challenging, more immersive and interesting storylines which resulted to the development and release of the Three Kingdoms which was conceptualized from the name itself which promises to celebrate and give honor to the legendary heroes on and off of the battlefield during that time.

It was the first major Total War game since Total War: Rome 2 coming off from the fantastical world of the Warhammer franchise without sacrificing the great RTS quality of the Total War.

The Total War: Three Kingdoms was released last May 23 after it was moved from fall 2018 then March 2019, however, the delay was worth the wait though because of its refreshing approach compared to the conventional way of the Total war series.

Well, just like what is mentioned above, the setting of the Total War: Three Kingdoms is that it was set during the second to third century China in the middle of the crippling Han Dynasty that was plagued with rebellion after a rebellion from other vassal dynasties. However, Dong Zhuo rules through his puppet, the child emperor and his two leaders Cao Cao and Yuan Shao and formed a volatile alliance to win the war as the power struggle grows even darker and more violent which paved the way for the making of the 14th century epic the Romance of the Three Kingdoms which is one of the best historical stories of China.

What makes Total War: Three Kingdoms is that Creative Assembly made sure that they heavily influence the game with the story’s mythic side where generals and heroes possess almost superhuman powers in both combat and tactics which can be experienced and be used on the battlefield during gameplay. Each hero and general have special skills where they can virtually take on an entire unit of more than a hundred infantry single-handedly which is truly immersive gameplay.

What is new and refreshing with Total War: Three Kingdoms is that instead that you pick a faction just like the traditional Total War games, you have to pick a character of your choice which is kind of similar to the Total War: Warhammer game where the heroes are presented instead of the banner or sigil of each faction before you play the campaign.

The hero that you have chosen which is obviously the faction leader has unique skills, buffs, and aura that influences and affects everyone on the battlefield and on the campaign map.

The major changes with the heroes on the battlefield is very different from the Total War franchise because it changes to how the armies work that is reflected in a stripped down User Interface (UI) that is very evident in the first gameplay trailer released months ago.

So, how to get total war three kingdoms? You can simply download it for free at this link https://install-game.com/total-war-three-kingdoms-download/.

What You Should Hire A Cloud Hosting Company

Brief Review of the Cat S60

Reason Why 9apps App Store Is The Popular Choice For Downloading Apps And Games?

How To Hire An Offshore Software Development Team

Evaluate the demeanor of all employees

Get an easy way to send SMS faster

House of the Future: 5 Geeky Technologies Every Family Should Have at Home